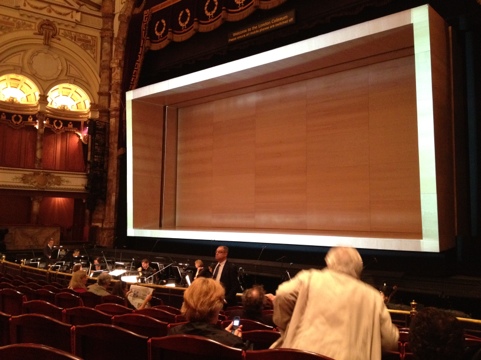 Well not much to say about hearing Rameau at ENO this evening. Such compelling music, engaging staging and beautiful singing and playing. The second act particularly kept me gripped until the end. Now I’ll be pondering what willed me to listen so intently to this work. The production was rather interestingly conceived; the removal of so much underwear and men being revealed from what appeared to be women captured something of the underworld in a way that seemed utterly correct. I would have thought so many appoggiaturas resolving upwards would have been too much for me but the singing – and the vocal writing – was stylish and virtuosic. The brothers duet in the second half of this production was particularly poignant for me, as was the moment when Castor speaks of his return to the underworld.

I recall a lecture on Rameau during my undergraduate degree and then I was left with the impression this was a very different composer for his time. The music tonight confirmed I need to hear more.